At the origin of modern thought there is a contrast between order and disorder, “contrasting impulses and tendencies, the modular combination of which produces in every epoch the work of art.” Taking Friedrich Nietzsche’s The Birth of Tragedy as a point of reference, the exhibition Beauty Codes (order/disorder/chaos), is a collaborative project between three international art spaces, CURA., Fondazione Giuliani and #kunsthallelissabon, which unfolds over a six-month period, in three consecutive legs. Loosely constructed around the narrative codes of Greek Tragedy, the exhibition begins with a single voice, then shifts ­­– through the work of twelve international artists – to a gradual process of layering and accumulation, which disrupts the original order with multiple viewpoints, fractured boundaries and subverted roles, finally transitioning to a subsequent subtraction with a new set of objects and traces of previous actions. The complete exhibition cycle is a trajectory from a state of order and harmony, to disorder and chaos, leading to the formation of a new order and quietude.

The installation Why Should Our Bodies End At The Skin? (2012) by French artist Lili Reynaud-Dewar serves as the link between the three acts of a play performed on three separate stages. In a state of orderliness, harmony and quietness, the narrator-author anticipates the climax of the events to follow. As in the classical tradition, the narrator is called upon to introduce the stage action before its actual beginning, to explain the events and consequent actions that, through an unsystematic process, cause a reversal of roles, the multiplication of forms and perspectives, disorder, and finally the (never truly orderly) rearrangement of the previous situation. The work of Reynaud-Dewar, which consistently  focuses on the relationship between body, language, literature and identity, is part of the mise en scène of the exhibition, the deus ex machina of ancient memory, the narrative voice that supports the complex unfolding of the entire performance. A solo voice addresses the public directly, introducing the succession of future proceedings:

Why Should Our Bodies End At The Skin?

Set in the Roman amphitheater in Arles, the video-performance develops a different reflection on the human body. Although referring to the Classical tradition, aimed at a harmonic and formal proportion of the sculptural corpus, through the unfolding of the action the artist speaks here of reiterated objects, breaching that very tradition and, by undermining the established order, announcing the ensuing events:

I think these convoluted figures, with their rather foolish poses, are a sort of fantasy, for which these very formal figures might suddenly start moving on their own, released from their role in society, and become transgressive (L.R.D.)

Figures, therefore, of a potential performance: about to move, dance, rebel against the static boundaries imposed upon them. Moreover, the fact that the scene takes place in an area of the theater normally occupied by the public, is a further promise of a subversion of rules and roles.

The reiterated objects, the body parts, emerge from the story and step into the exhibition space. They become sculpture, the protagonists of new scenarios; new actors, the stars of other stages. The materialized reproduction of the newly finished sculpted object, also witnessed in its making, brings to the stage a topos of art history: the representation in the same scene of consecutive moments of a single story. But also put in relation with the fiction of a frozen time, the before and after of the same action. 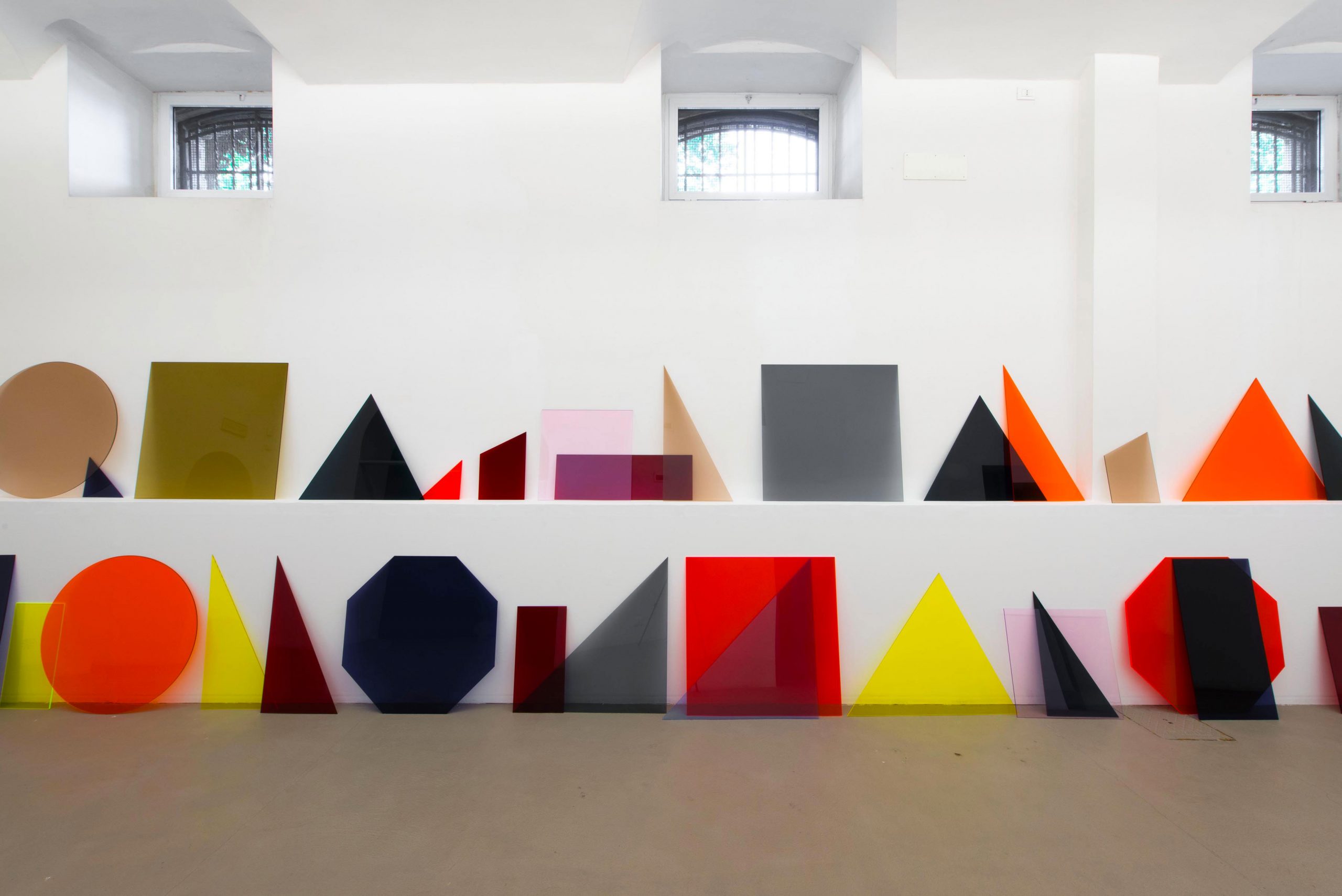 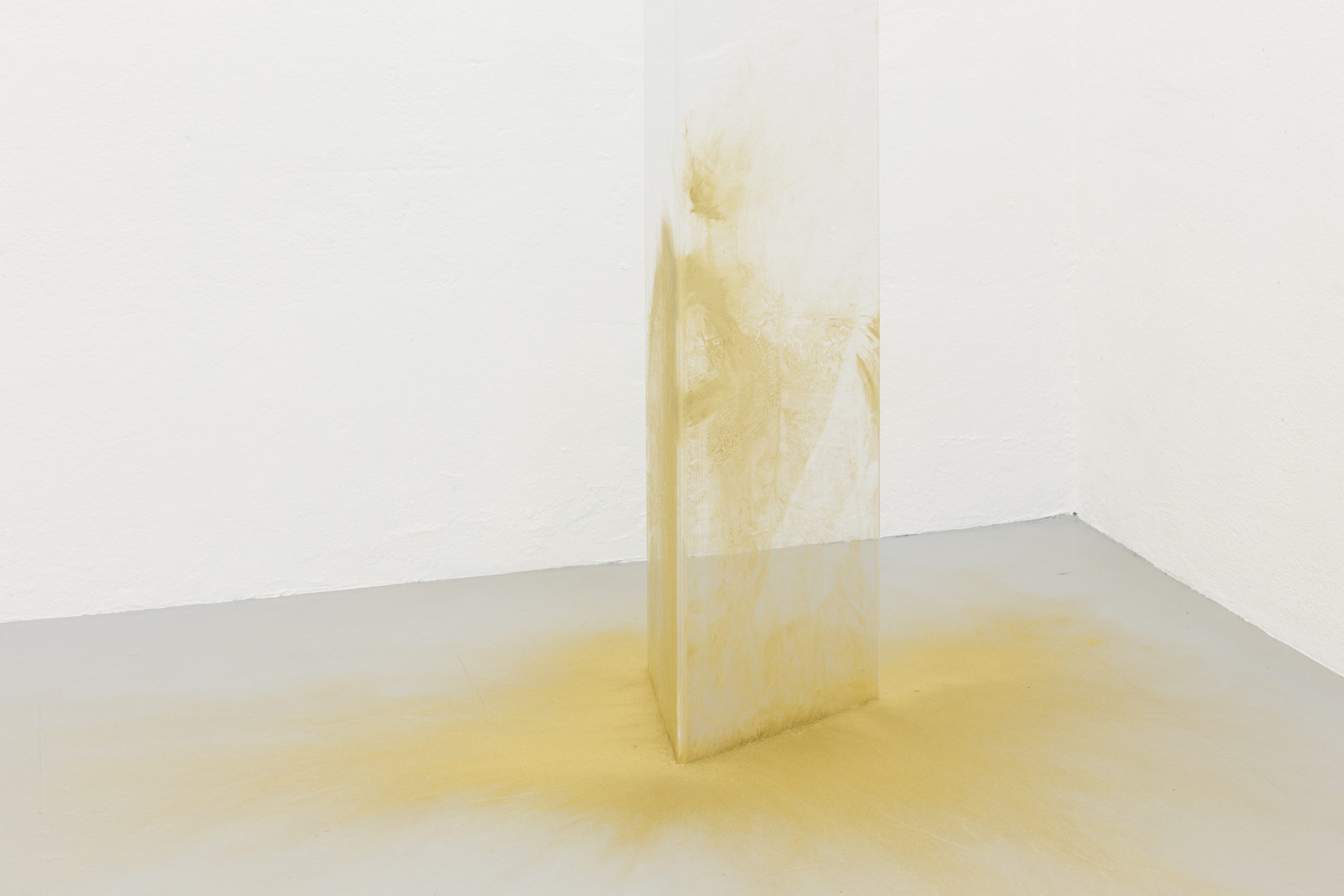 Wednesday to Saturday
from 3:00pm to 7:30pm
and by appointment